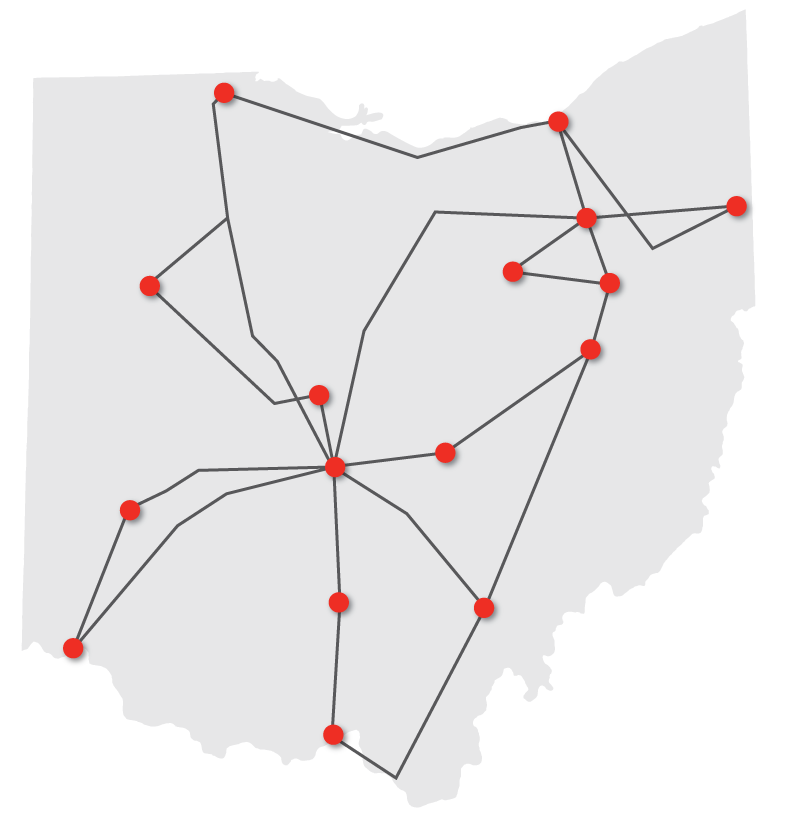 The network's capacity enables Ohioans to conduct research, schoolchildren to take virtual field trips across the state and around the world, and doctors to seek second opinions on critically ill patients.

“I am pleased to have played a role in advancing a state-of-the-art project that will improve medical care, promote education and improve the lives of thousands of Ohioans,” said Regula, following the approval in January 2004 of federal funding for OARnet network applications.

In March 2010, OARnet brought three competing organizations – Com Net, Inc., Horizon Telcom and OneCommunity – together as the Ohio Middle Mile Consortium. The goal: to improve broadband infrastructure in Ohio's rural and underserved areas. The three partners were awarded a total of $141.3 million in federal grants through the American Recovery and Reinvestment Act; OARnet is a sub-recipient in all three grants.

The projects complement OARnet's statewide network by increasing the Points of Presence (PoPs) to more than 100. This expansion reduces the "last mile" costs for broadband services to anchor institutions throughout the state. This infrastructure will support new initiatives for reaching unserved and underserved Ohioans, as well as initiatives promoting the retention and creation of jobs in economically distressed areas of the state.