Dr. Bob Dixon is contacting video technicians around the world encouraging them to participate in the first IPv6 Megaconference June 8. This comes only twelve years after Dixon held the first worldwide Megaconference to promote videoconferencing.

Columbus, OH (December 10, 2012) – During his 2012 State of the State address, Governor John R. Kasich announced that the State of Ohio, led by the Ohio Board of Regents and the Ohio Academic Resources Network (OARnet), would increase the speed of the state’s research and education network from 10 to 100 Gigabits per second (Gbps) by the end of the year. 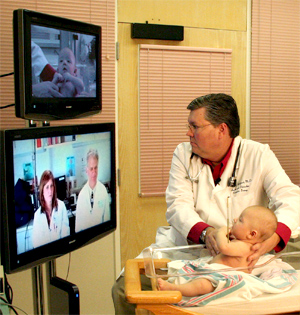