H.323 Beacon is a tool that can be used to measure, monitor and qualify the performance of Voice and Video over IP applications such as VoIP and Videoconferencing. It can help an end-user/network engineer/conference-operator, as a debugging tool by providing H.323-protocol specific evidence and other information necessary to troubleshoot VVoIP application performance problems in the network and at the host (end-to-end). The tool is open-source and can run on both Windows and Linux platforms. It has been chosen to be the official troubleshooting tool for the Internet2 Commons (commons.internet2.edu) and the Megaconferences -- The World's Largest Internet Videoconferences (www.megaconference.org). The tool has also been quoted in whitepapers of companies such as Polycom and Apparent Networks as a tool they recommend to troubleshoot Videoconferencing performance problems. 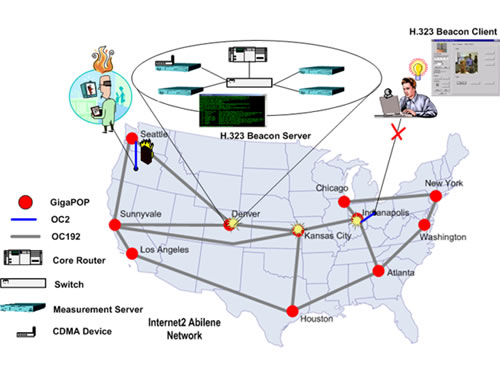 For more information on the H.323 Beacon, please visit www.itecohio.net/beacon.